Call or email today to make an appointment. 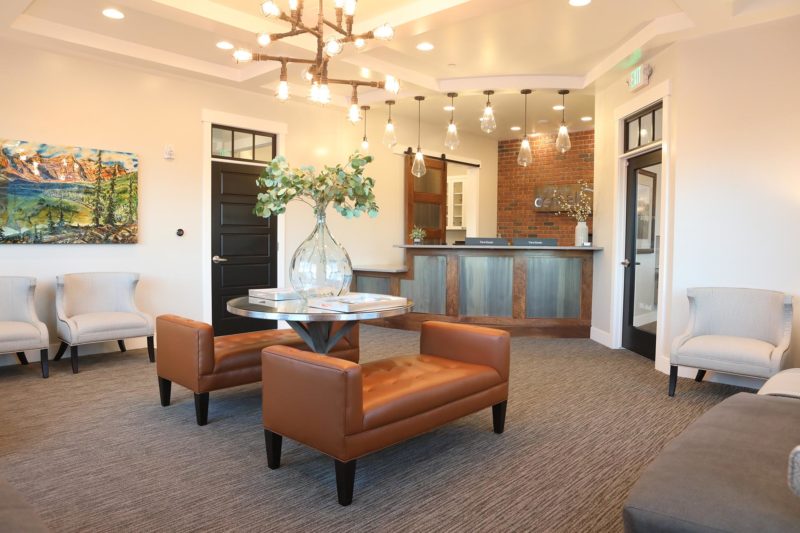 From the moment you step inside our door, you will see that we have created our office with your comfort in mind. High ceilings, abundant natural light, and Dr. Dorrough’s custom playlist have all been designed to make your visit as pleasant as possible. We have state-of-the-art equipment and the latest dental technologies available, including digital imaging and quiet electric handpieces. Our waiting room windows look out over the Heber Valley with a beautiful view of Timp, and the patient rooms have large windows with unobstructed views to the north. Our friendly staff knows how to take care of you and to make you feel at ease. Dr. Dorrough is very thorough with his exams and takes his time to explain his recommendations and to answer any questions you may have. He uses only the highest quality materials, and takes the time necessary to do things the right way. He provides general dentistry to patients of all ages, and new patients are always welcome. 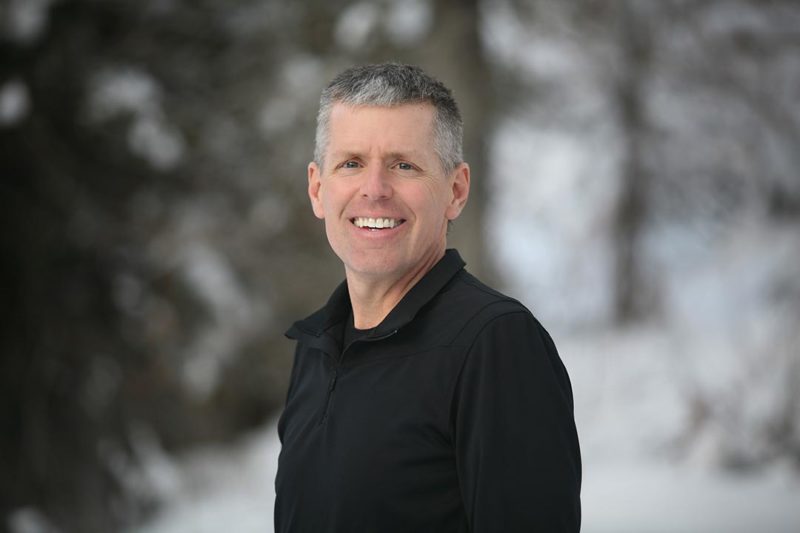 Mark has been practicing general dentistry for 26 years. He practiced in Oregon for 21 years, and then in 2017, Mark returned to his Utah roots and opened his new state-of-the-art practice in the beautiful Heber Valley. He loves living in Heber, because it brings him closer to family and the outdoor recreation that he enjoys.

Mark is an avid runner, and the marathon distance is his favorite—his PR is 3:03:28! He has been blessed to qualify for and to run the Boston Marathon 6 times. He will be running it again this April. You will see him in the early mornings decked out in blinking lights and bright colors getting in a training run before work, or completing a long run on Saturdays. During the winter, he enjoys cross country skiing in addition to running. Other hobbies he enjoys are: spending time with his kids, photography, hiking, and anything that gets him outdoors.

Mark is a family man. He has been married to his wife Jill for 30 years, and they have seven children, named from A to Z in alphabetical order.

Dr. Dorrough has a BS in Biology from BYU, and he received his DDS degree from Creighton University School of Dentistry.

Dr. Dorrough
Check Out Our Blog
Who works with us? 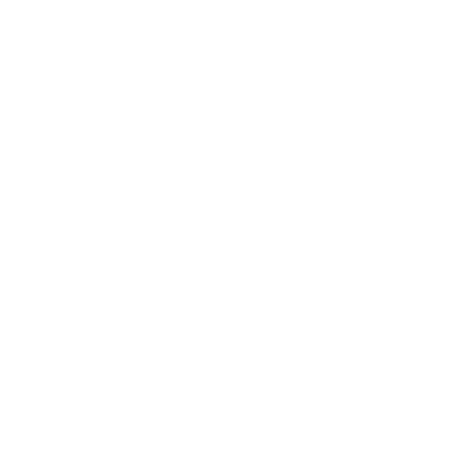 At Heber City Dental, Dr. Dorrough performs a wide-range of procedures. Some of these procedures include:

An extraction may be recommended for several reasons, including decay, fractured tooth syndrome, dental pain, a broken tooth, or wisdom teeth extractions.

Dr. Dorrough offers FREE wisdom teeth evaluations to new patients, and if you choose to have your wisdom teeth removed in our office, we are set up to keep you comfortable through conscious sedation.

When decay has made its way to the nerve, or if a tooth has died, this procedure is done to remove the nerve of the tooth, allowing the patient to retain the tooth. Most cases can be done right in our office without having to go to a specialist. A tooth that has had a root canal is very fragile, as it no longer has a blood supply. To preserve the tooth structure, a crown is recommended after a root canal has been done.

To improve the aesthetics of your smile, there are several cosmetic procedures that we offer. From whitening the teeth to placing veneers, ask us what we can do to improve your smile.

Sometimes called a cap, a crown made of either porcelain or gold, and is placed when a tooth has broken or when the extent of decay makes it necessary to provide a strong restoration.

Dr. Dorrough does an amazing job working with children. As the father of seven kids, he has developed a great way of communicating with kids, and he makes them feel very comfortable in the dental chair. We have a friendly office, and our staff works very well with patients of all ages. We also have a super cool prize drawer for kids!

This common dental surgery is performed to provide a permanent, functional replacement for a tooth that has been lost to decay, injury, or fracture. An oral surgeon places the implant post, and after that has healed, you will return to our office for a crown that fits into the implant.

These are an essential part of your dental health. It is recommended to have a cleaning and exam done every six months. It’s a lot easier (and cheaper) to take care of dental decay when it is small, and routine visits allow us to keep an eye out for changes in your dental health.

A denture is a removable prosthetic that is custom made to fill the space of multiple missing teeth. A denture that fits well should allow you to eat, talk and drink with it in place. Sometimes dentures are called “false teeth.”

Q Are you accepting new patients?

Q Do you take my insurance?

Yes! We accept benefits from most major insurance companies.

Q What if I don’t have dental insurance?

NO PROBLEM!  We offer an in-office membership plan that covers your preventive care, and also gives you a 15% discount on in-office procedures. Call us for details.

Q Do you offer payment plans?

YES! While payment is expected at the time of service, we do offer flexible financing options for our patients through Sunbit and Care Credit.

YES! Dr. Dorrough is great with kids, and he is very experienced at providing dental treatment to our little patients. We also have super cool prizes to reward kids for being great patients. We want our youngest patients to have a positive experience, and in some cases we may refer you to a pediatric dentist if that will be in your child’s best interest.

YES! Dr. Dorrough has removed thousands of teeth over his career, and removing wisdom teeth is one of his favorite aspects of being a dentist. If Dr. Dorrough feels that your case would be better suited for a specialist, he will refer you to our local oral surgeon Dr. Joe Fullmer.

YES! If your tooth requires a root canal, in most cases Dr. Dorrough can perform the procedure in our office. If he feels that a specialist would be a better fit for your situation (re-treatment, previous root canals, curved roots, canal blockage), he will refer you to a root canal specialist.

Q Do you offer sedation?

YES! We have nitrous oxide (laughing gas) available for your comfort, and can combine this with Halcion to provide conscious sedation. Many patients use this to help them relax, and to make sitting through a dental procedure a bit more pleasant.

Q Do I really need to have my dental work done if I’m not in pain?

YES! Dental pain is a sign of significant problem, often requiring a root canal and crown, or extraction. A cavity usually does not cause pain, but it is a serious condition that should be treated. Decay will only get worse as time goes on. A basic filling can turn into a very long and costly procedure in a short amount of time if left untreated.